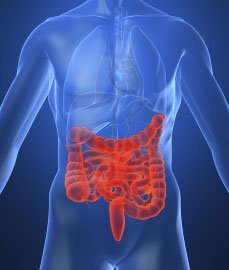 Joshua Heinermann, the sixty-six-year-old chief executive officer for Virginia Chemicals Corporation of Chesapeake, Virginia, had been suffering severely from prostate gland enlargement (benign prostatic hyperplasia, or BPH). For four years, the man’s symptoms had been building steadily, and now they were affecting his ability to manage in the administrative position he held. The executive’s night-time urinary urgency (nocturia) came with such frequency, Mr. Heinermann found himself perpetually fatigued during daytime business meetings. His need to sleep lay on him like a blanket, and he felt as if his mind was encased in cotton batting. Any capability for him to make vital decisions on behalf of his corporation became almost nonexistent. To confront the problem, the CEO finally consulted a urologist located in his city.

In practice for over sixty years as a specialist in solving urological problems for both men and women, Emil S. Sayegh, MD, of Chesapeake, Virginia is eighty-years of age. Over the six decades of his medical practice, Dr. Sayegh has been consulted by a particularly large number of male clientele who have sought his help in correcting BPH and prostatitis.

“These two common medical difficulties are closely associated with having weak abdominal muscles,” explains the board certified urologist. “Those men possessing flaccid and weak abdominal muscles experience enormous pressures on their bladders which never let up. The supportive muscles and other erectile tissues surrounding the bladder fail to do the jobs required. The pressure of the bladder’s rectal sigmoid is so sever that any amount of stool in that area is going to make urine passage very difficult. Whether urine is present or not, the need for these men to void becomes overwhelming.”

During the past fifteen years Dr. Sayegh has made use of colon hydrotherapy which solves his patients’ two particular prostate pathologies almost every time. “Cleaning the colon markedly assists the functioning of the pathological male bladder and prostate organs. Colon hydrotherapy given to involved men at two-week intervals for three times to start and then maintained every four weeks for an unlimited period does solve prostatitis and benign prostatic hyperplasia,” state Emil S. Sayegh, MD. “From my files, I can offer up several hundred case studies which testify to that fact.”