4 Best Uses for the Apple Cider Vinegar Sitting in Your Cabinet? 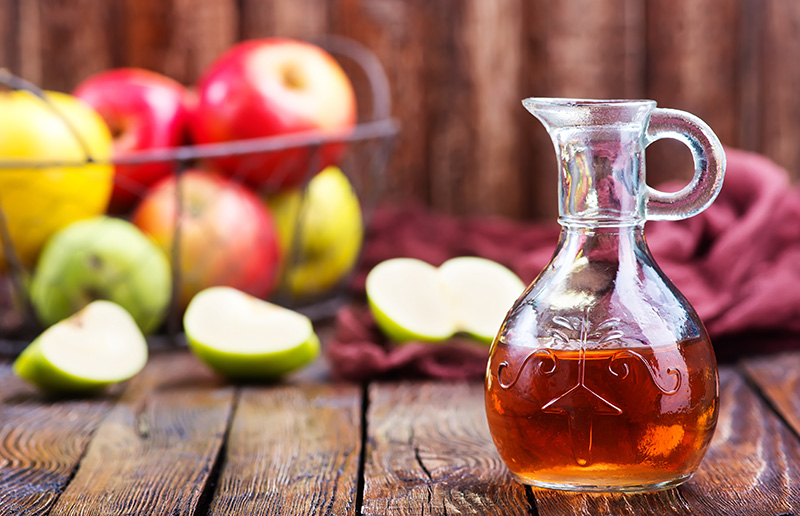 4 Best Uses for the Apple Cider Vinegar Sitting in Your Cabinet?

Put it to good use!

The word vinegar, which is French in origin, means “sour wine,” and anyone who’s ever tasted it understands why — its distinct smell and taste are undeniable. And while alternative and natural health advocates have long known that the benefits of sour wine well outweigh any unpleasant qualities it may possess, only in more recent years has vinegar enjoyed a more mainstream audience. In particular, apple cider vinegar is finally enjoying its moment in the spotlight for its remarkable health benefits — including its ability to treat various conditions brought about by our stress-filled lives and poor Western diet. (In fact, apple cider vinegar is one of my top-two natural remedies that I personally use everyday—along with coconut oil.)

But before we note the importance of selecting the proper kind of apple cider vinegar in the store, make sure you get the organic variety that’s also unfiltered, unprocessed, and unpasteurized. Also, look for apple cider vinegar that still has the “mother.” This term may sound confusing, but it simply refers to the thick, somewhat solid substance that typically sinks to the bottom and makes the vinegar appear cloudy. As you might expect, the mother is where the most beneficial properties of the vinegar — minerals, enzymes and good bacteria — are found. Give it a solid shake, and it will be break up.

Now, on to the benefits — of which there are many — that apple cider vinegar brings. Here are four of my favorite uses:

Type 2 Diabetes Control
Along with providing relief from colds and allergies, research shows that apple cider vinegar also helps to improve insulin sensitivity in those with insulin resistance or Type 2 diabetes. In this study, when participants drank apple cider vinegar prior to a carb-heavy meal, their blood sugar levels weren’t as high after the meal as those of the people who did not drink the vinegar. Another study found that Type 2 diabetics who took two tablespoons of apple cider vinegar before bed had lower blood sugar levels when they woke, with research suggesting that the acetic acid in the vinegar helps balance blood glucose levels. To incorporate apple cider vinegar into your regular daily diet and achieve similar results, try using it as the base in your favorite salad dressing recipe, or take one tablespoon with water before meals.

Relief from Acid Reflux
For the millions of Americans suffering from various degrees of acid reflux, relief is often hard to come by — even with the scores of chemically laden, over-the-counter meds available. And while there are several different causes of acid reflux, the good news is that apple cider vinegar can provide an all-natural solution for many of them. Ironically, it’s commonly thought that acid reflux is the result of too much stomach acid that then escapes back up the esophagus — but that’s not the case. In fact, acid reflux is the result of too little stomach acid, as well as a lack of enzymes and probiotics. Those deficiencies ultimately hamper the digestive system’s ability to properly break down food. To get your stomach’s pH levels back on track and kickstart your body’s proper acid production, drink a cup of water mixed with one tablespoon of apple cider vinegar five minutes before eating. You’ll likely notice an improvement in your acid reflux after your meal.